About Us – West Jordan Fire Department 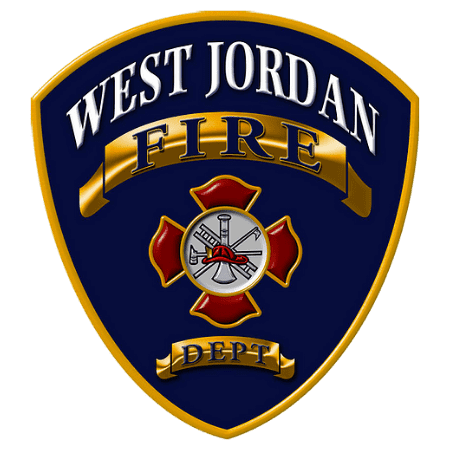 The City of West Jordan was one of the earliest pioneer settlements after the founding of Salt Lake City. Early settlements started to pop up along the prominent Jordan riverside as early as 1849. As the years went on the area began to grow at a rapid rate. Farms, mills, and infrastructure were built as a haven for all who wished to settle the area. The residents of West Jordan petitioned the Salt Lake County Commission for incorporation as a town on January 10, 1941. It became a third-class city in 1967. As the City was established and grew, city leaders began seeing a need for more public services, one of those being the fire department.

During the first 128 years of West Jordan’s existence, the city did not have a fire department of its own. The whole community would help if a fire broke out in West Jordan. Starting in the mid-1920’s Salt Lake County provided West Jordan with fire protection. It was not until well after the city incorporated in 1941 that the department was founded. West Jordan Fire Department was created in 1977.

In 1951, the city council could see the growth and knew they would one day need to form their own fire department. The city council took it to a vote and decided to build the first fire station. West Jordan’s first fire station was built in 1951 and was located at 1801 West, Bingham Highway (7800 So). The bid to build the station was awarded to Jordan Builders and Supply for a total of $1,100. Knowing the city did not have the resources needed to fully supply and staff the station at the time, they decided to remain under contract with Salt Lake County Fire. From 1952 to 1976 Salt Lake County stationed fire equipment in the city-owned fire station. Even though the city did not equip the station with its city-owned equipment and supplies, the fact they had their own station was a huge accomplishment and something to be proud of. In later years, city council took on the responsibility to recruit volunteer firefighters to fill the station.

Twenty-eight years later, in 1980, developers of Jordan Square acquired part of the land the first station was built on and the station was subsequently removed. To this day, those who can remember the fire station say it was well known for having a large pole equipped with a hefty yellow war-surplus air-raid siren that could be heard miles away.

West Jordan Fire was officially created in 1977 as a division of the West Jordan Department of Public Safety, well after its incorporation as a city in 1941. In 1979, Alan G. Tolman was sworn in as the first Public Safety Director, a position that combined the fire chief and police chief. This brought on a new concept to the City of West Jordan, cross-trained individuals who performed both police and fire services to the community.

This changed in 1987 when the goal to cross-train all public safety officers was modified in response to concerns raised by City Manager Ronald Olson and the then sitting city council. Six new full-time firefighters were hired without cross-training as police officers. At that point, what is known today as the West Jordan Fire Department was created.

Since that day there has been a lot of changes as the city continues to grow and become a desirable location to live and work. The city of West Jordan has seen four fire chiefs overseeing the growth of the department as well as adding three new fire stations. There are now a total of four fire stations located in West Jordan, with the prospect of two more in the future.